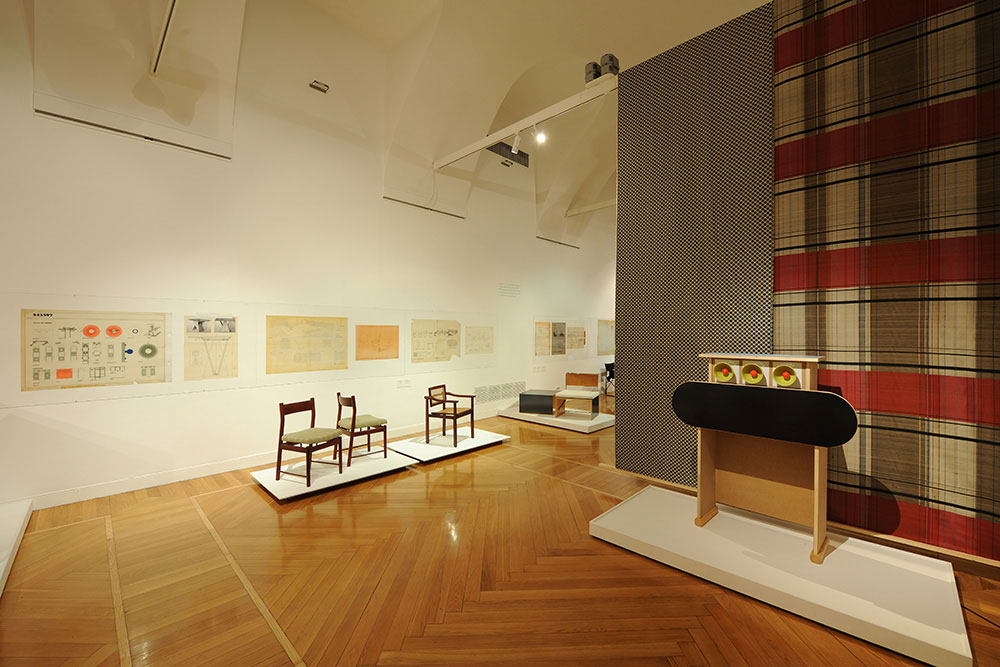 The exhibition comes from the desire to make the international audience know the role played by Selettiva del Mobile in the renewal of the design and the furniture production in Italy. Born in 1955 in Cantù, the International Furniture Competition was held every two years between 1955 and 1975 with the aim to turn architects and designers from around the world inviting them to suggest new production guidelines. The event, organized by Triennale di Milano, included the participation of the most qualified local manufacturers for the production of prototypes to be displayed in the final exhibition: the Selettiva.

On stage at Stelline a theory of “Selettiva”’s objects is at the centre of the space and interprets the sophisticated functionalism and the aesthetic allure – sometimes blatantly radical – as an opposed exhibition, dedicated to the project “Wipe Out Design”. Behind this logo there is a new cultural manifesto that, through a selection of 11 furniture prototypes – or even everyday utensils modified up to having become unfit for common use and executed with the same production techniques of the furniture design and of massproduction, it wants to indicate an alternative path to the culture of living. A joyful and playful path, with high symbolic content, but above all detached from the limiting aspects of product design, by now blatantly subservient to the trend-system and co-branding politics. It is an opportunity to talk about the freedom of the body in view of new rituals for the occupation of the living space, exactly in the same week in which others are talking about objects, trademarks, star-architects, contracts, goods.

Those furnishings, designed by Leo Guerra and Cristina Quadrio Curzio, were born from the anti-ergonomic and anti-functional re-elaboration of existent objects produced in series by the main companies of this sector in two decades of “La Selettiva” or from the poetic re-interpretation of period products, but also from their material and symbolic components with unavoidable juxtaposition of the coeval production of visual art.

The art works’ setting up in exhibition is organized in the Refettorio, thanks to 13 big bifacial textile backdrops supplied by the luxury brand BROCHIER, international leader in the production of fabrics for interior design.

The 11 pieces “Wipe Out” have been designed by the students of Enaip Cantù, as a didactic project-work, in the run of the post-secondary school diploma “Tecnico di produzione e Industrializzazione nel Sistema legno-arredo e design” (Technician of production and industrialisation in the wood furnishing and design system).

Their creations took place in the carpentry laboratory of Enaip. While the granting of the loan of the original drafts of “La Selettiva” is by “Città di Cantù” through the Culture Department, that last Autumn organized the first exhibition with the theme of the historical competition, giving birth to an enchanting storytelling which will go on in an open talk to the audience on April 8th 2017 at 11.00 a.m. at Stelline, coordinated by Roberto Borghi – curator of the exhibition, with the presence of Claudio Bizzozero – mayor of Cantù, Francesco Pavesi – culture assessor, Tiziano Casartelli – architect, author of “La Selettiva del Mobile” for the Canturium editions.

A catalogue has been created for the exhibition, with introductory texts by Borghi, curator of the exhibition with Tiziano Casartelli, in cahier de voyage format which will be freely distributed to the audience during the opening on April the 7th.

Join our newsletter to hear about our new collections and events
Subscribe
Oops! It appears that you have JavaScript disabled. In order to see this page as it is meant to appear, please re-enable JavaScript!